Boyd's Tower in Ben Boyd National Park on the Sapphire Coast of southern New South Wales. Originally intended by it's creator, local entrepreneur Benjamin Boyd, as a lighthouse, it was denied the license and was subsequently converted into a whale spotting station for the local whaling station, a purpose to which it is ideally suited sitting as it does on a headland on Red Point with magnificent views over the ocean on three sides. It was built in 1847. 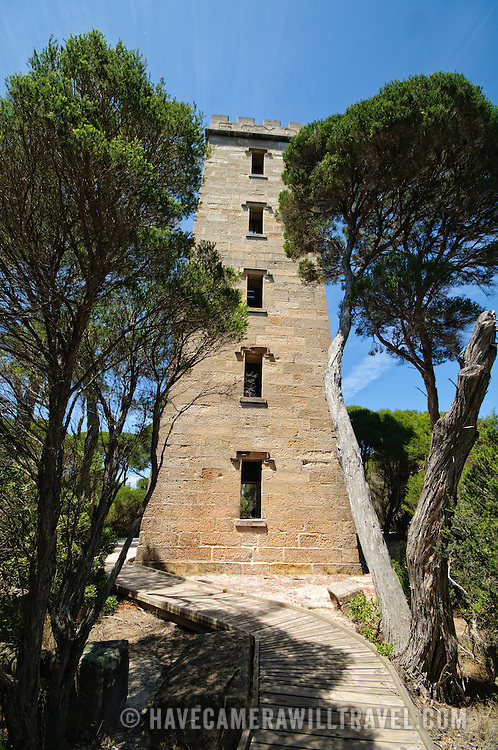