The Hussard's Room at the farmhouse known as Ferme du Caillou. Next to the field where the Battle of Waterloo took place in 1815, the farmhouse is famous as the place where Napoleon spent the night before the battle. It is now a museum. The room contains a number of side arms and other weapons used by French and Allied soldiers of the period. In the center of the room, in a glass display case, is a skeleton of a French hussar found nearby at the Ferme de la Haie-Sainte. The white statue is the official bust of Napoleon that was distributed throughout the empire during his reign. 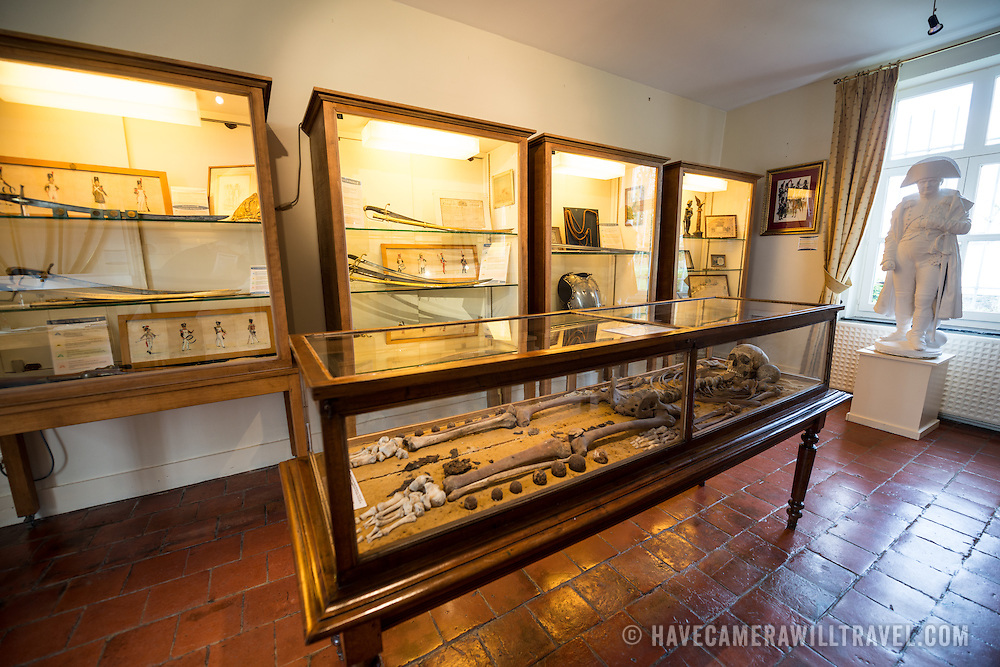