MEXICO CITY, MEXICO--A reproduction of the Painted Cave of San Francisco Sierra, one of the most important ceremonial centers featuring cave art in the North of Mexico. Its designs, painting in the four colors of red, black, white, and yellow, show groups of hundreds of animals associated with special figures and women, indicating fertility rites. The National Museum of Anthropology showcases significant archaeological and anthropological artifacts from the Mexico's pre-Columbian heritage, including its Aztec and indiginous cultures. 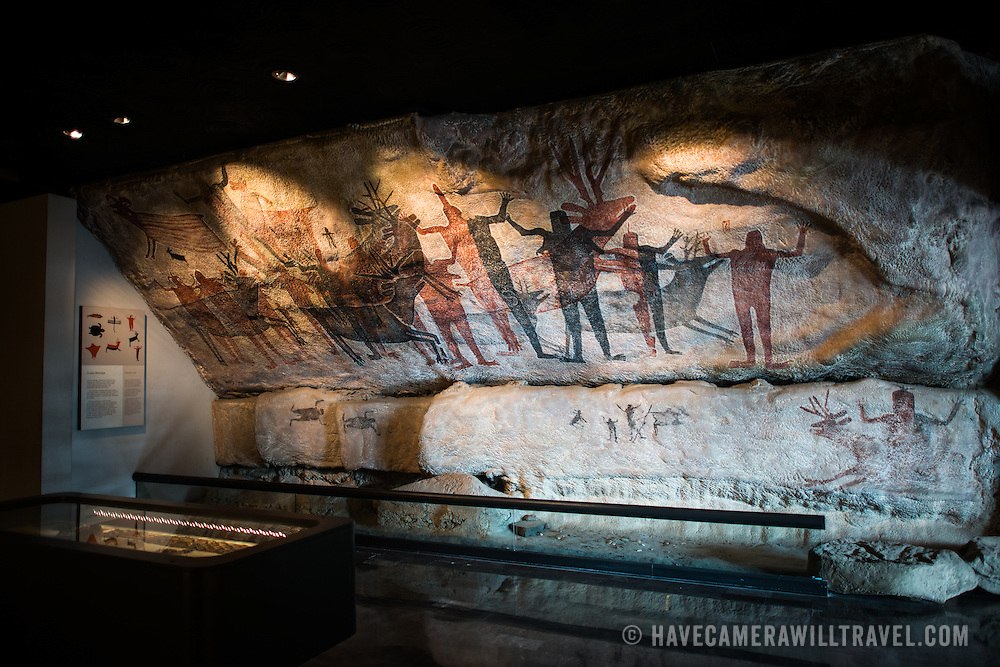