Domed Ceiling of the Coats-of-Arms Room (Sala dos Brascoes) at the Palace of Sintra, Sintra Portugal 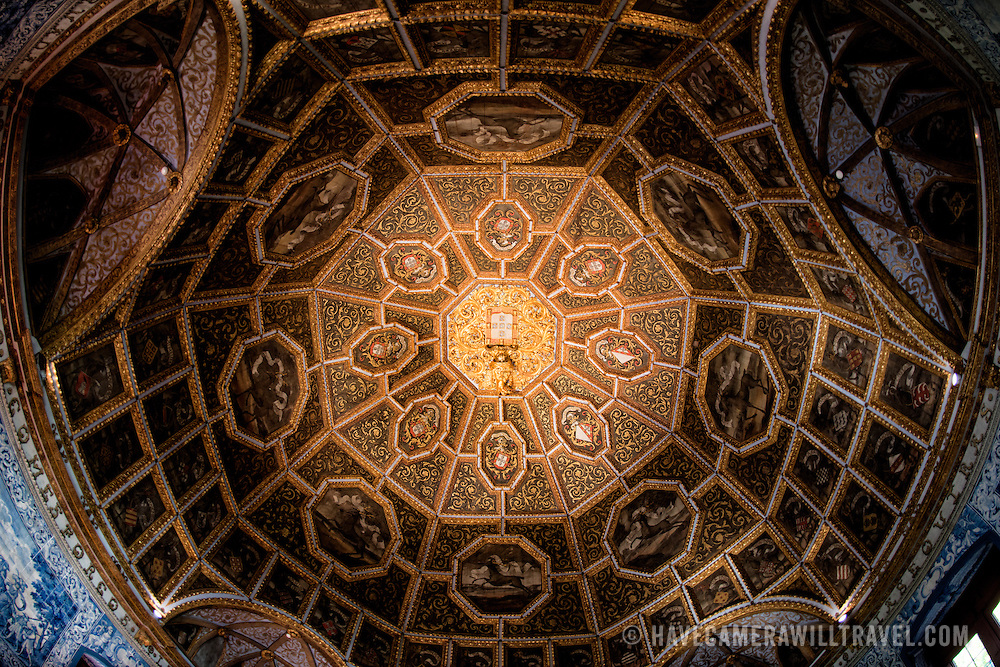