Stairway and The Townley Caryatid at the British Museum

A grand stairway inside the main entrance to the British Museum in London. At right of frame is The Townley Caryatid, a Roman sculpture dated to about AD 140-170, on display near the main entrance of the British Museum in London. It was found around 1585-90 near the Via Applie outside Rome. It was aacquired by the Peretti family and was kept at the Villa Peretti Montalto, later Negroni. In 1784 the contents of the Villa were sold, and the Caryatid was afterwards bought by Charles Townley. The British Museum in downtown London us dedicated to human history and culture and has about 8 million works in its permanent collection. 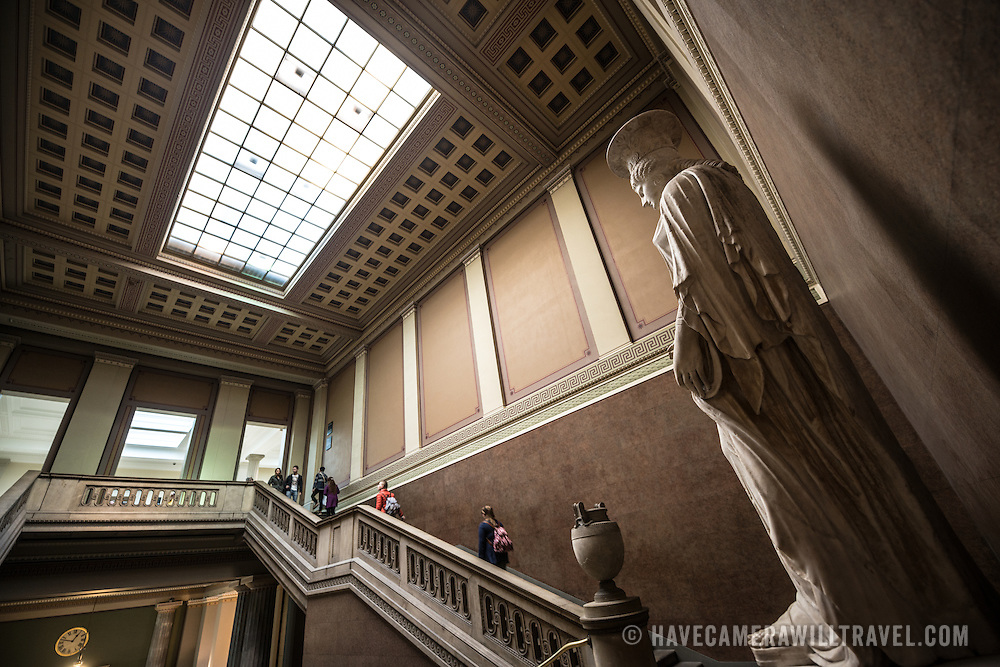