Brown Lake is a freshwater lake on North Stradbroke Island, in Queensland, Australia. Known as a perched lake like other lakes on the sandy islands in the region of South-East Queensland it retains its water due to a layer of leaves lining the lake floor.[1] This is particularly apparent in the Brown Lake as tannin is exuded from the leaves, dropped from surrounding Paperbark Melaleuca and Ti-trees Leptospermum, stains the water to a rich brown colour not dissimilar to that of tea. North Stradbroke Island, just off Queensland's capital city of Brisbane, is the world's second largest sand island and, with its miles of sandy beaches, a popular summer holiday destination. 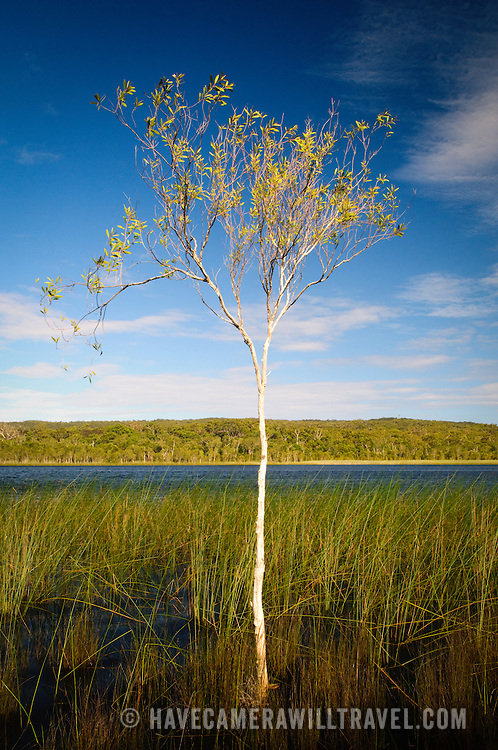