The Private Audience Hall / Chamber of Petitions (or Throne Room or Arz Odası) at Topkapi Palace. Originally constructed in the 16th century, it was renovated after the fire of 1856 to its current appearance. it was used as a throne room and audience hall for Sulltans. On a peninsula overlooking both the Bosphorus Strait and the Golden Horn, Topkapi Palace was the primary residence of the Ottoman sultans for approximately 400 years (1465–1856) of their 624-year reign over Constantinople and the Ottoman Empire. Today it is one of Istanbul's primary tourist attractions. 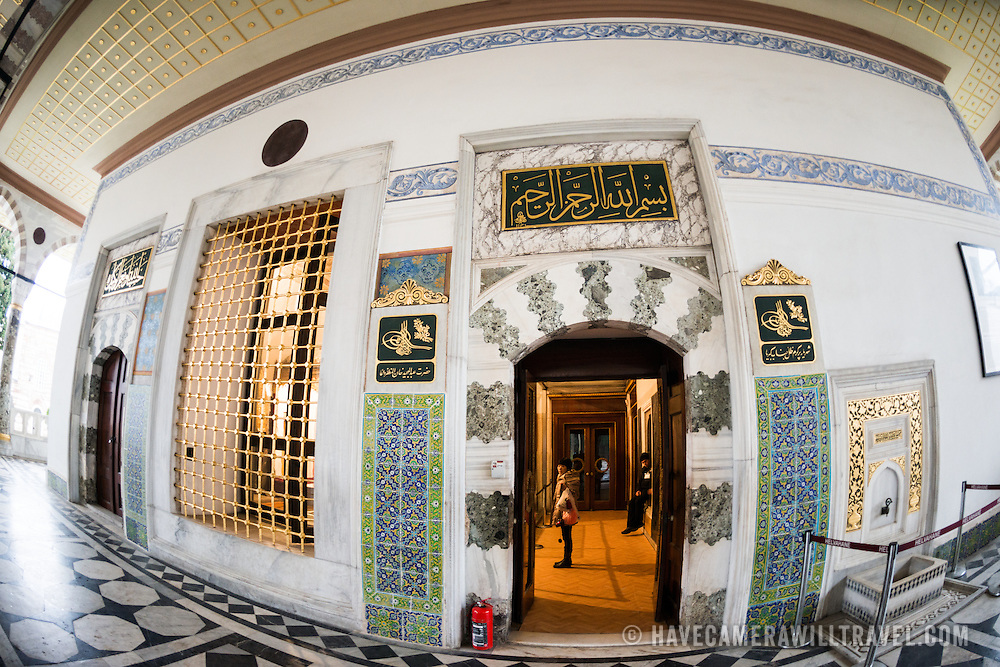