The statue of Christopher Columbus and winged figure representing Discovery at the Columbus Fountain. The Columbus Fountain, located in the plaza outside the main entrance to Union Station in Washington DC, was erected in 1912. At its center is a 45-foot shaft depicting the prow of a ship. A 15-foot high statue of Christopher Columbus gazes south towards the U.S. Capitol Building. A winged figurehead depicts Discovery, and other statues represent the Old and New Worlds. The fountain is constructed from marble, its sculptor was Lorado Z. Taft, and the architect Daniel H. Burnham. 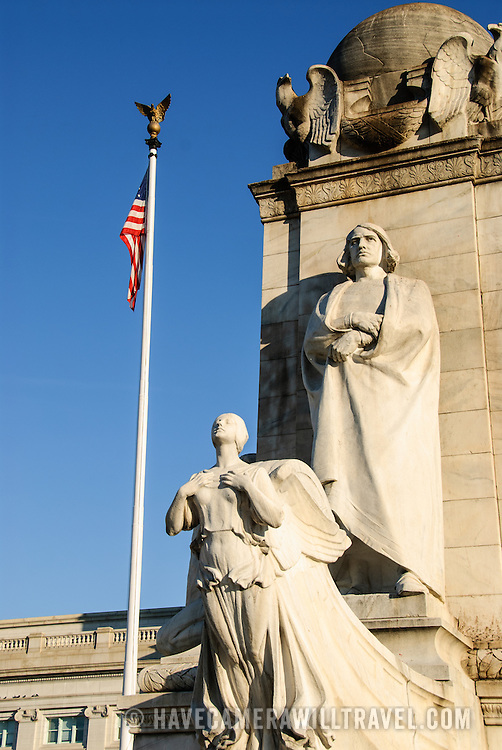