Originally constructed in the 17th century and weighing 3,800 pounds, the Japanese Pagoda was gifted to Washington DC in 1957 in commemoration of the 100th anniversary of the opening of peaceful relations between the United States and Japan. It is composed of five distinct symbols, from bottom to top: earth, water, fire, wind, and sky. It sits on the banks of the Tidal Basin amongst the famous cherry blossoms that had, themselves, been gifts of Japan in 1912. In the background is the Washington Monument in the distance. 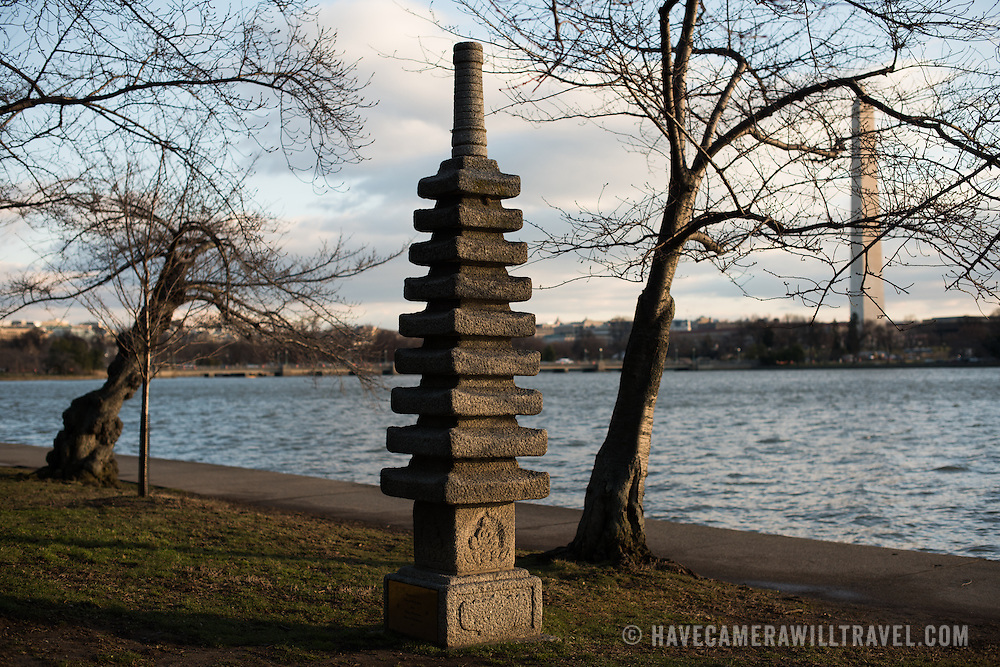