First Division Monument in Washington DC. The First Division Monument stands in front of the Eisenhower Executive Office Building in President's Park next to the White House. Dedicated in 1924, it honors those who died while serving in the 1st Infantry Division of the US Army. The original monument was dedicated to soldiers of World War I, but later plaques were added to honor soldiers from World War II, Vietnam War, Desert Storm, and future soldiers. The statue on top depicts Victory. 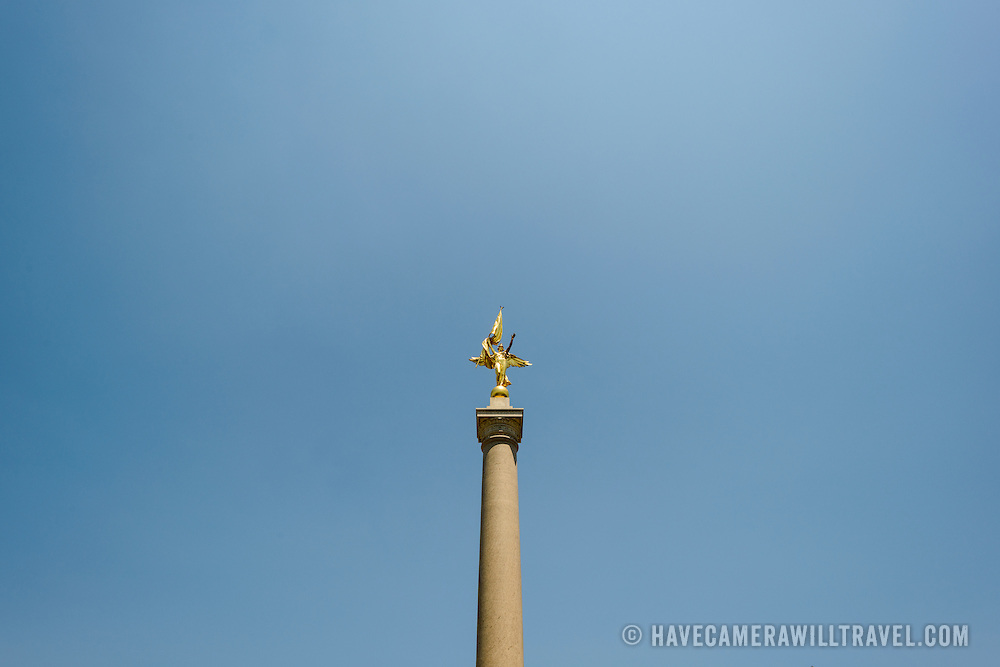