There has been a church on this spot since about 1525, but it was destroyed and rebuilt several times in the following centuries as the city of Granada was attacked by pirates and others. Construction on the current version began in 1888 but was not fully completed until 1972. With its distinctive yellow with white trim exterior, it stands over Parque Central in the heart of Granada, Nicaragua. In the background of this shot is Lago Nicaragua (Lago Nicaragua). 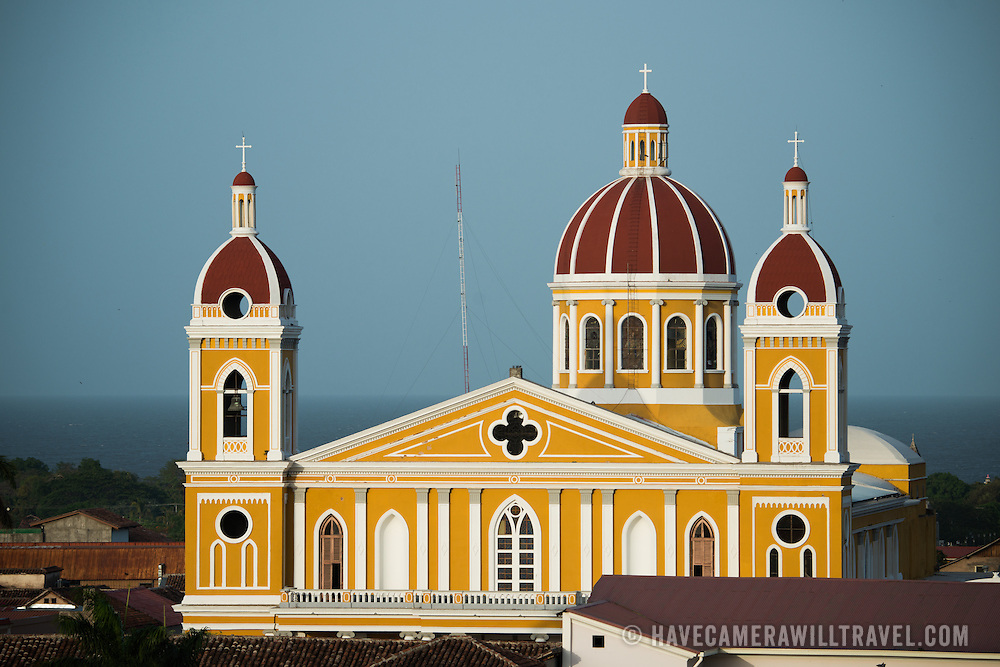