SULLIVAN'S ISLAND, South Carolina - A model of La Amistad. From the exhibit caption: "In July 1839, 53 enslaved Africans revoted on board La Amistad, leading to a U.S. Supreme Court ruling that set the Africans free. The captives were smuggled to the Americas from Africa after the international slave trade was outlawed. The Africans revolted off the coast of Cuba, and their case for freedom was heard in a New England court." The museum features an exhibit titled African Passages that focuses on Sullivan's Island's history as one of the primary slave-trade ports in the United States. Fort Moultrie is part of the Fort Sumter National Monument at the entrance to Charleston Harbor in South Carolina. The fort has played a crucial role in defending the harbor from the time of the Revolutionary War through World War II. During that time it has undergone multiple upgrades, from the original palmetto log walls to the newer heavily fortified earthen bunkers. 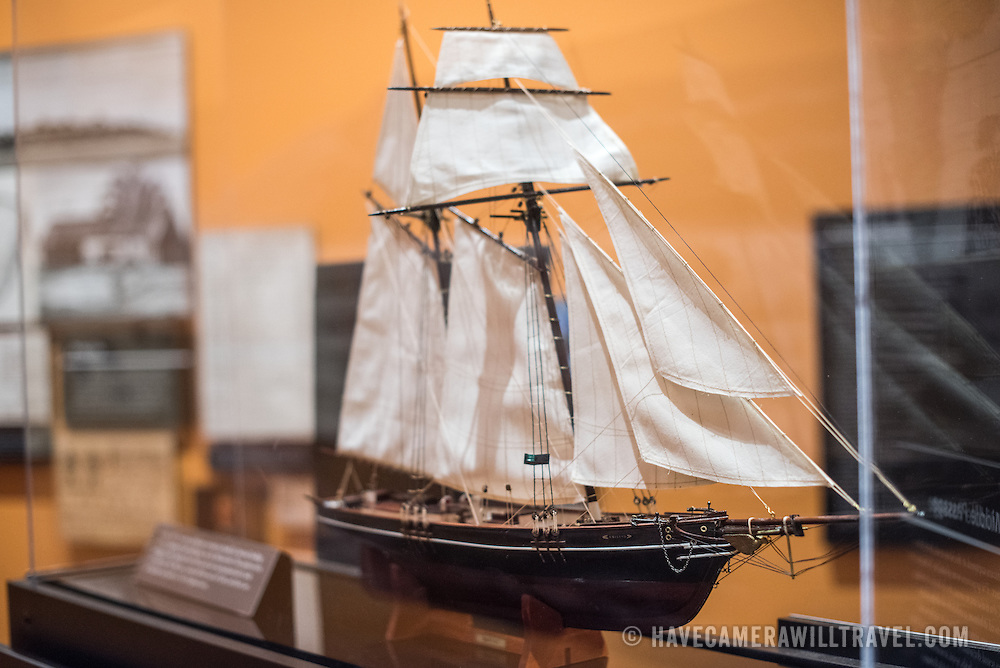