Pacaya Volcano Tour Group near Summit with Clouds and Steam 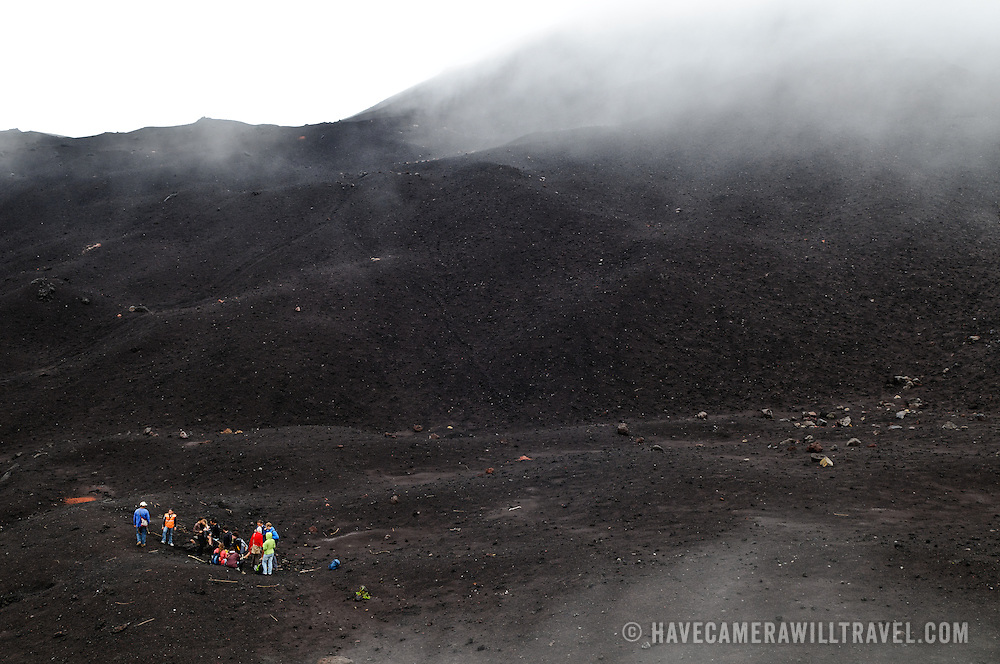