SINTRA, Portugal - The chapel was built during the reign of King Dinis at the beginning of the 14th century. During the 15th century it was subjected to several alterations, including a decorated ceiling showing Islamic influence, ceramic tile "carpet", and wall frescoes. It was restored in the 1930s. The Palace of Sintra (Palácio Nacional de Sintra) is a mediaeval royal palace in Sintra and part of the UNESCO World Heritage Site that encompasses several sites in and around Sintra, just outside Lisbon. The palace dates to at least the early 15th century and was at its peak during the 15th and 16th centuries. It remains one of the best-preserved royal residences in Portugal. 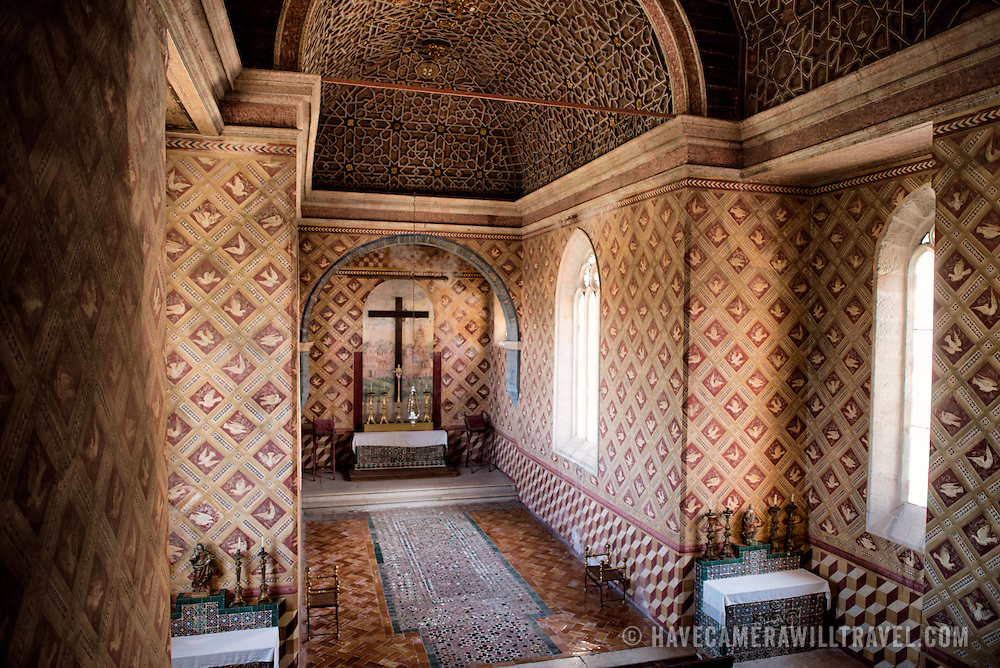