Magpie Room at the Palace of Sintra, Sintra Portugal

SINTRA, Portugal - The Magpie Room (Sala das Pegas) is the only room in the palace to have retained its original name since the 15th century. It was described by King Duarte as the Chamber of State, and it was here that notables were received. Despite being restored, the ceiling has retained its original decoration, highlighting the motto of Joao I, "por bem" (for good). The Palace of Sintra (Palácio Nacional de Sintra) is a mediaeval royal palace in Sintra and part of the UNESCO World Heritage Site that encompasses several sites in and around Sintra, just outside Lisbon. The palace dates to at least the early 15th century and was at its peak during the 15th and 16th centuries. It remains one of the best-preserved royal residences in Portugal. 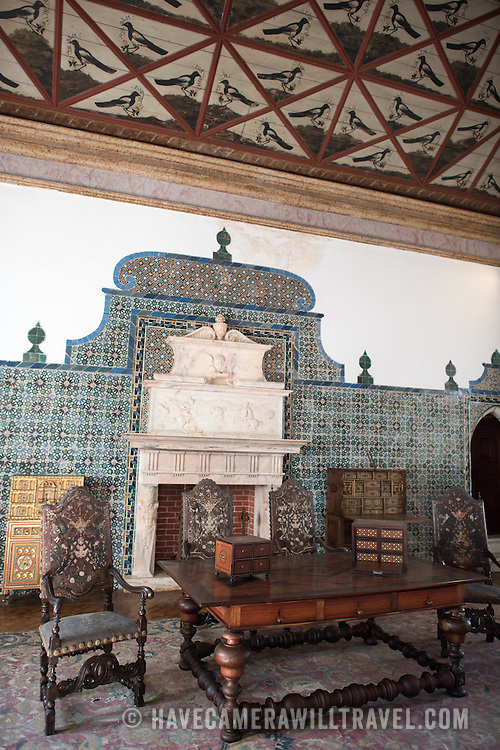