Stoa of Attalos in Athens, Greece

Two portrait busts of Roman matrons. The one on the left dates to the 3rd century AD, while the one on the right dates to the 2nd century AD. The Stoa of Attalos is a 1950s recreation of a long pavilion that was originally built around 150 BC. It was part of the Ancient Agora (market). It now houses the Museum of the Ancient Agora, which includes clay, bronze and glass objects, sculptures, coins and inscriptions from the 7th to the 5th century BC, as well as pottery of the Byzantine period and the Turkish conquest. 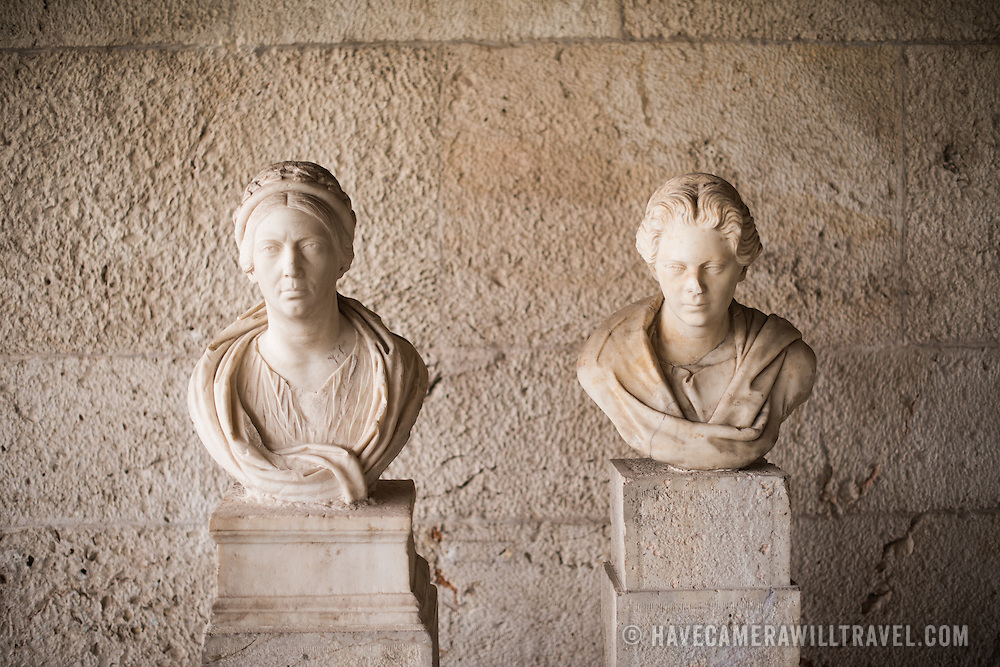