Flowers placed next to one of the benches of the Pentagon memorial. The Pentagon Memorial is in remembrance of the events of September 11, 2001, and the 184 people who died as victims of the terrorist attack on the Pentagon. The Memorial is adjacent to the southwest side of the Pentagon. Designed by Julie Beckman and Keith Kaseman, the memorial opened to the public on September 11, 2008, it is designed with one illuminated for each victim of the attack, arranged by the person's age. Each bench has a small pond of water underneath, and a name is etched on the end of each bench. 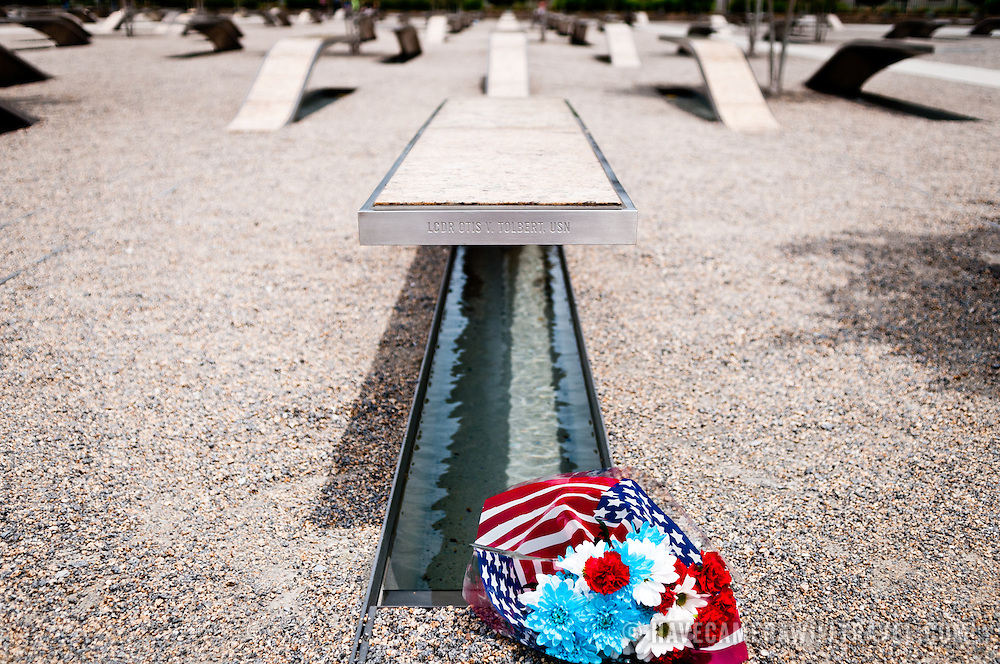