SULLIVAN'S ISLAND, South Carolina - The entrance to Fort Moultrie is the former Sally-Port, which was designed to allow troops to gather for an attack, or "Sally," on a beseiging enemy. After the original Sally-port was destroyed during the Civil War, this one was built in the 1870s. Fort Moultrie is part of the Fort Sumter National Monument at the entrance to Charleston Harbor in South Carolina. The fort has played a crucial role in defending the harbor from the time of the Revolutionary War through World War II. During that time it has undergone multiple upgrades, from the original palmetto log walls to the newer heavily fortified earthen bunkers. 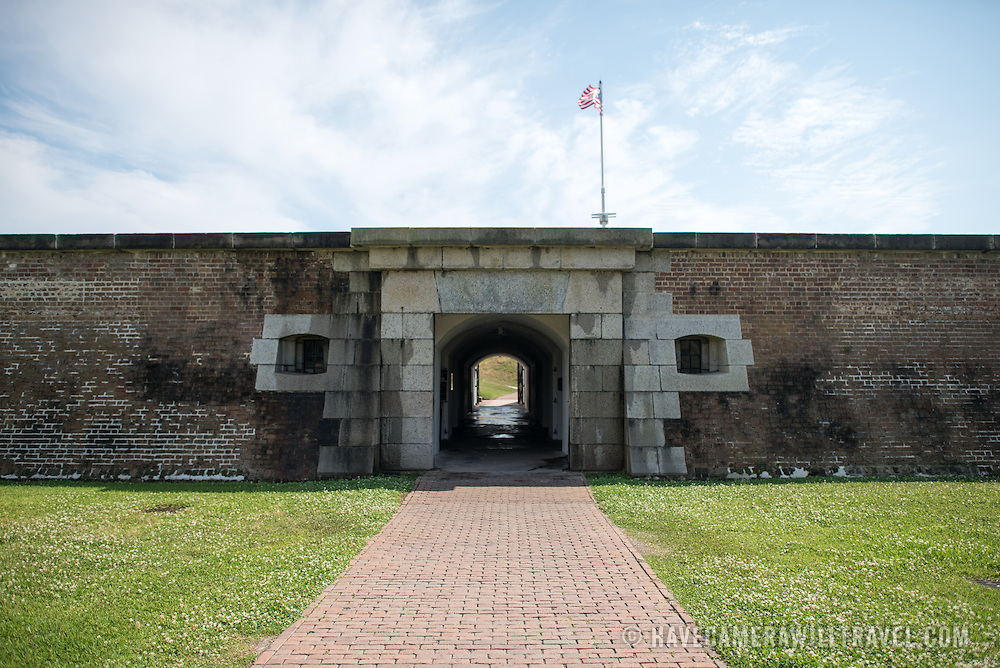