At right and in the distance, mounted on the wall, are bronze murals depicting the harsh conditions for prisoners at Hoa Lo Prison under French colonial rule. At left is an example of the very small drainage tunnel that several prisoners escaped through. Hoa Lo Prison, also known sarcastically as the Hanoi Hilton during the Vietnam War, was originally a French colonial prison for political prisoners and then a North Vietnamese prison for prisoners of war. It is especially famous for being the jail used for American pilots shot down during the Vietnam War. 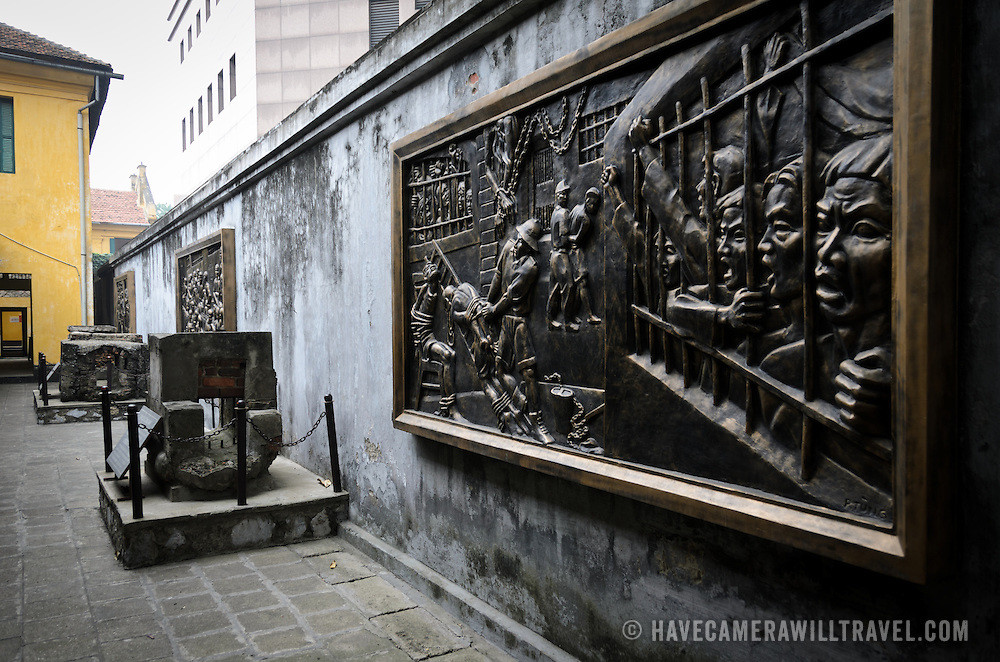