WASHINGTON, DC - An alcove of the FDR Memorial dedicated to former First Lady Eleanor Roosevelt (1884-1962). It focuses on her work with the United Nations; she served as United States Delegate to the United Nations General Assembly from 1945 to 1952. The Franklin Delano Roosevelt Memorial is a presidential memorial in Washington D.C., dedicated to the memory of Franklin Delano Roosevelt, the 32nd President of the United States, and to the era he represents. FDR was president from 1933 to 1945, through the Great Depression and the Second World War. It sits on the banks of the Tidal Basin, next to Washington DC's National Mall. 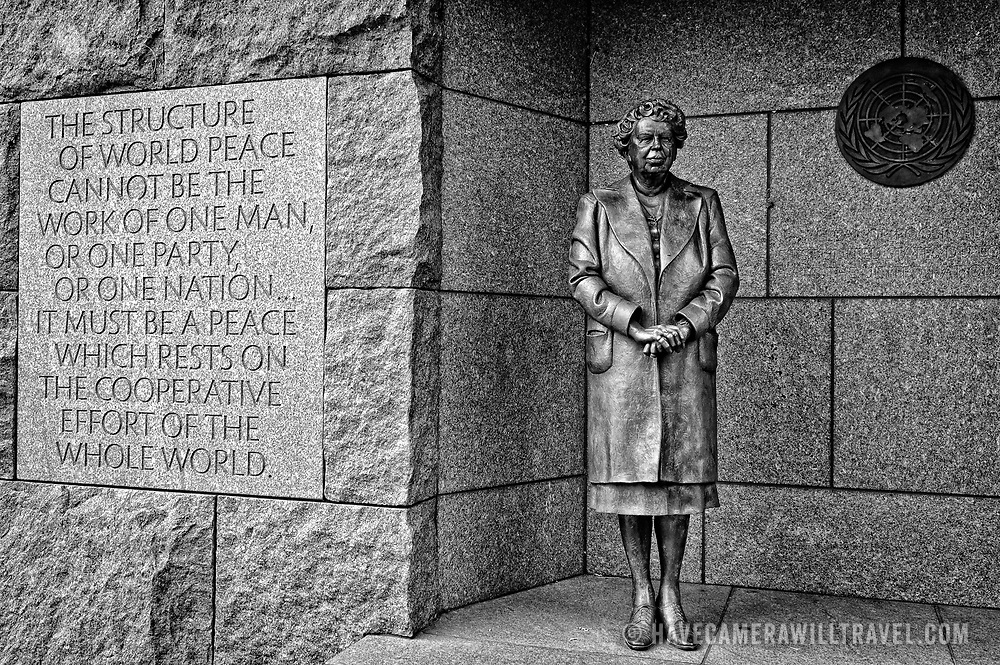