Looking south along the beach at Point Lookout on Stradbroke Island, Queensland's most easterly point. With its unobstructed view of the open ocean, in top of the rocky headland of Point Lookout makes for a popular place for whale watching during the migration season. North Stradbroke Island, just off Queensland's capital city of Brisbane, is the world's second largest sand island and, with its miles of sandy beaches, a popular summer holiday destination. 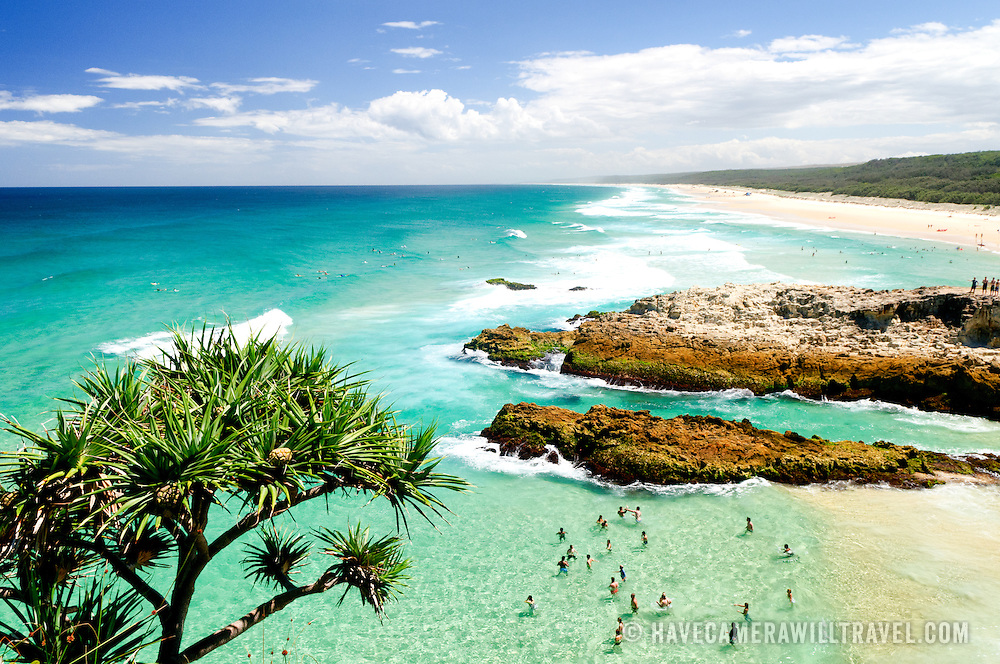