The plate on the right depicts the likeness of Saint John and was made in Flanders in the 16th century. The sideboard in the middle depicts John the Evangelist and Virgin and Child and was made in Bruges in the 17th century. Old St. John's Hospital is one of Europe's oldest surviving hospital buildings that dates to the 11th century. It originally treated sick pilgrims and travelers. A monastery and convent was later added. It is now a museum. 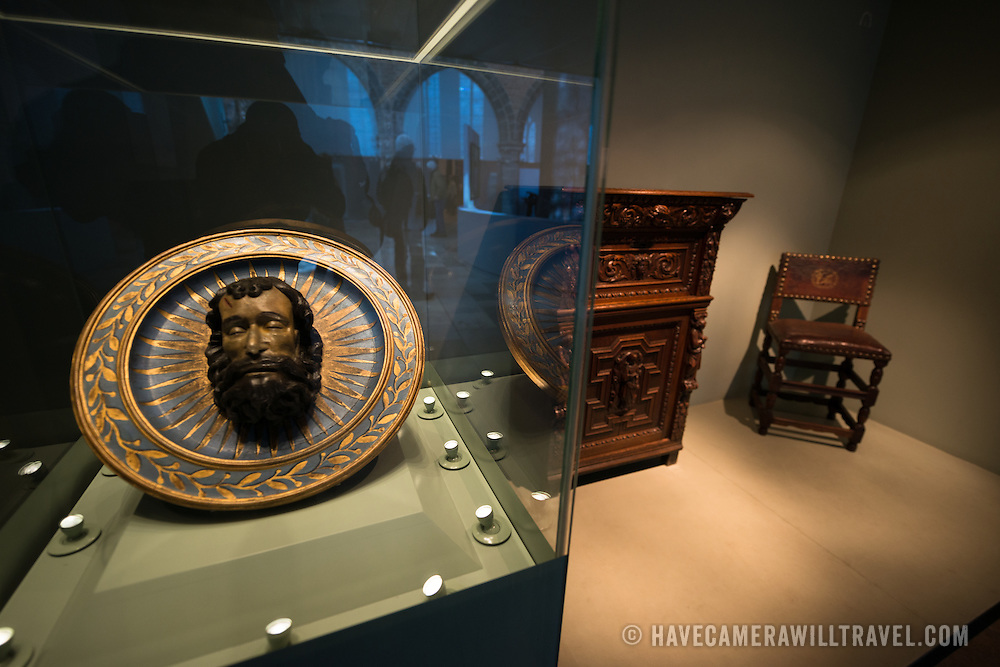