A memorial in a courtyard of Hoa Lo Prison commemorating those who were incacerated in and those who died in the prison under French colonial rule. Hoa Lo Prison, also known sarcastically as the Hanoi Hilton during the Vietnam War, was originally a French colonial prison for political prisoners and then a North Vietnamese prison for prisoners of war. It is especially famous for being the jail used for American pilots shot down during the Vietnam War. 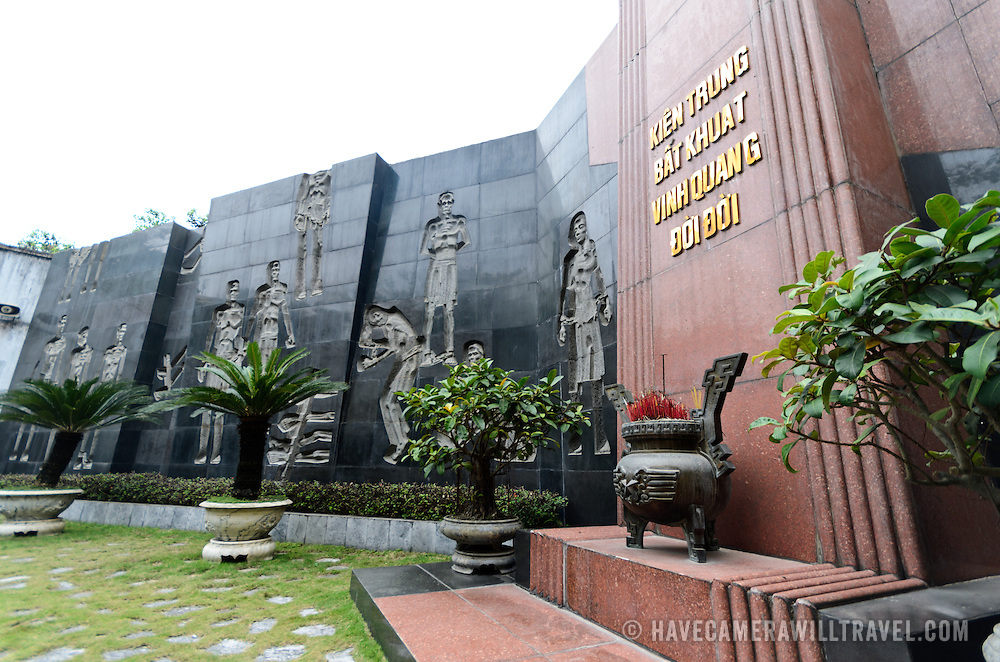