The Wind of Lips on the Tower of the Winds at the Roman Agora, Athens 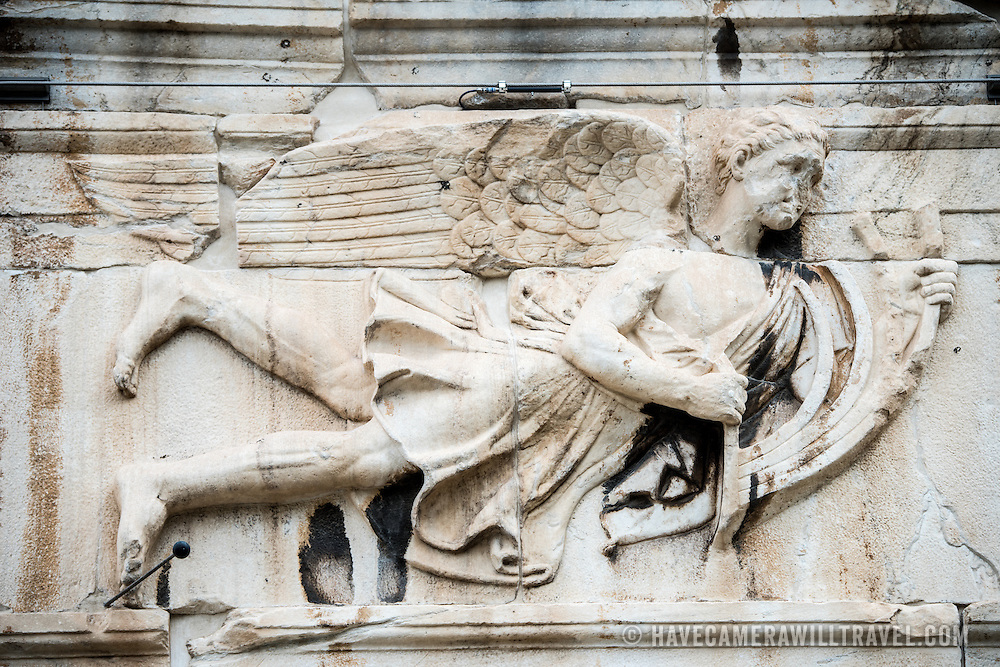