An indoor memorial for Vietnamese political prisoners held at Hoa Lo Prison under French colonial rule. At left is a large plaque mounted on the wall with the names of the prisoners. Hoa Lo Prison, also known sarcastically as the Hanoi Hilton during the Vietnam War, was originally a French colonial prison for political prisoners and then a North Vietnamese prison for prisoners of war. It is especially famous for being the jail used for American pilots shot down during the Vietnam War. 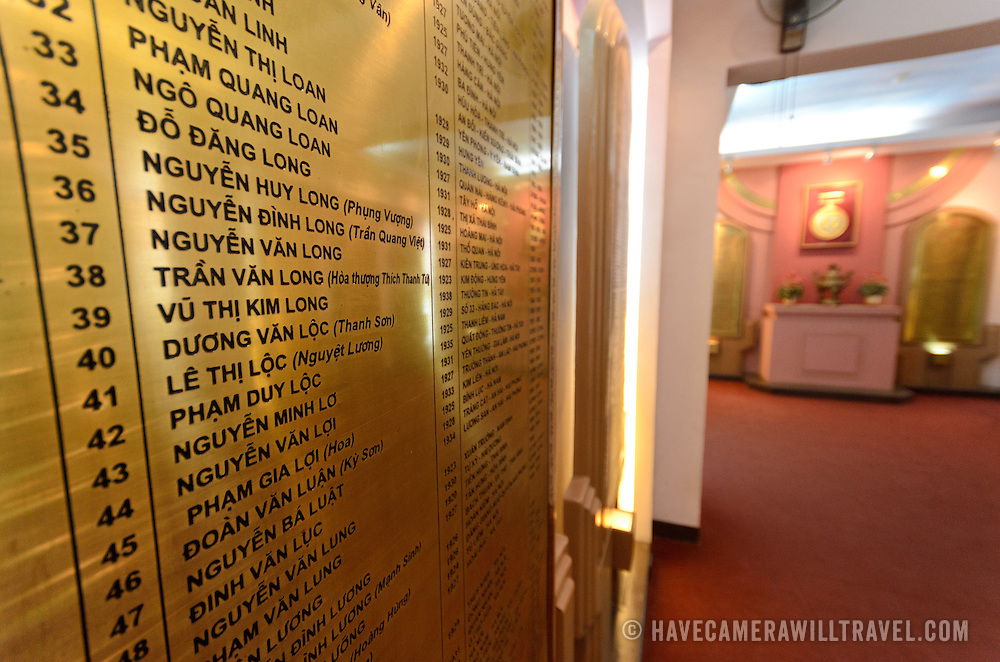