A sign marks a bomb crater made by a high explosive bomb dropped by a B-52 as part of the American bombing campaign during the Vietnam War. The bombing campaign stripped the landscape of all vegetation, but it has now come back. In this example, bamboo grows in the crater. The Cu Chi tunnels, northwest of Ho Chi Minh City, were part of a much larger underground tunnel network used by the Viet Cong in the Vietnam War. Part of the original tunnel system has been preserved as a tourist attraction where visitors can go down into the narrow tunnels and see exhibits on the defense precautions and daily life of the Vietnamese who lived and fought there. 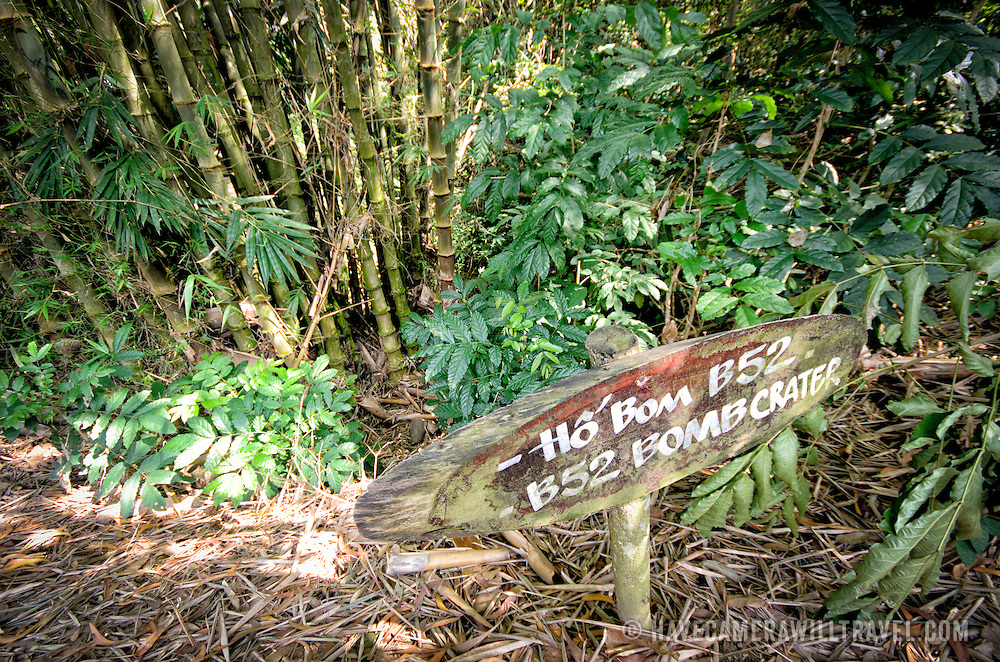