ARLINGTON, Virginia, USA - The United States Marine Corps War Memorial (often known as the Iwo Jima Memorial) in Arlington, Virginia. Sitting just across the Potomac River from the National Mall, and close to the Pentagon and Arlington National Cemetery, the Iwo Jima Memorial commemorates members of the US Marine Corps who have lost their lives in service to their country. The large statue at the heart of the memorial was inspired by the iconic 1945 photograph of six Marines raising a U.S. flag atop Mount Suribachi during the Battle of Iwo Jima in World War II taken by Associated Press combat photographer Joe Rosenthal. Working with architect Horace W. Peaslee, sculptor Felix de Weldon used the photograph as the basis for a large bronze sculpture. The figures stand 32 feet (nearly 10 meters) tall. The memorial was dedicated in November 1954. In 1961, President John F. Kennedy decreed that the American flag should fly over the memorial 24 hours a day. 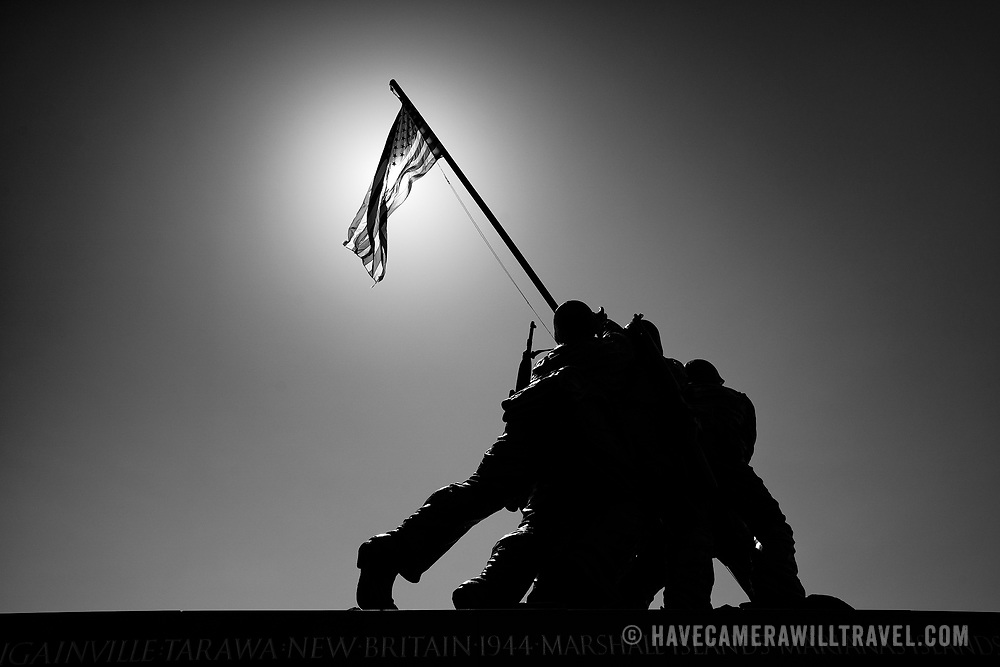