Stone of the Sun (Aztec Calendar Stone) at the National Museum of Anthropology, Mexico City

MEXICO CITY, MEXICO--Believed to date to the early 16th century or late 15th century, the Stone of the Sun is a large disc nearly 12 feet across and weighing 24 tons. Discovered in 1790 in the Plaza Mayor, the Stone of the Sun was originally misidentified as the Aztec Calendar. It has more recently been identified as a large gladiatorial sacrificial altar, known as a temalacatl. It was not finished because of a deep crack that runs from one side to the center of the piece at the rear. Despite the fracture, it was used to stage the fights between warriors in the tlacaxipehualiztli ceremony. It is on display as one of the most famous pieces in the National Museum of Anthropology in Mexico City. The National Museum of Anthropology showcases significant archaeological and anthropological artifacts from the Mexico's pre-Columbian heritage, including its Aztec and indiginous cultures. 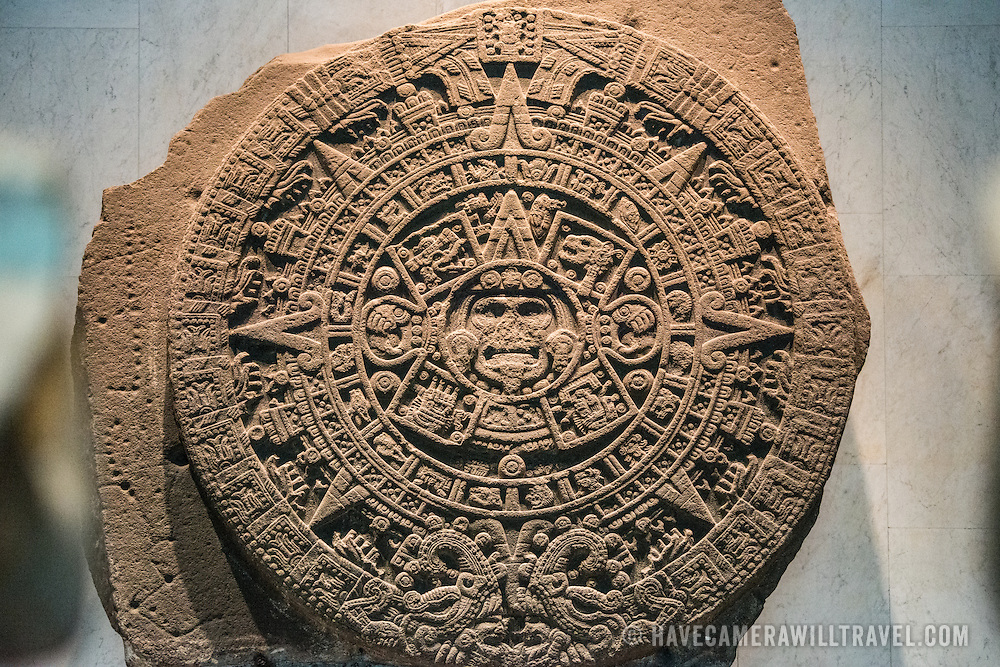