The Navy-Merchant Marine Memorial, located in Lady Bird Johnson Park on Columbia Island in Washington, D.C., is a monument honoring sailors of the United States Navy and the United States Merchant Marine who died at sea during World War I. It was designed in 1922 by Harvey Wiley Corbett and sculpted by Ernesto Begni del Piatta. It was dedicated on October 18, 1934.Nicknamed "Waves and Gulls," the memorial depicts seven seagulls above the crest of a wave. It is cast from aluminum and the base is made of green granite (the base was originally concrete but replaced by the Works Progress Administration in 1940). It stands 35 feet (10.6 m) tall and 30 feet (9.1 m) wide. 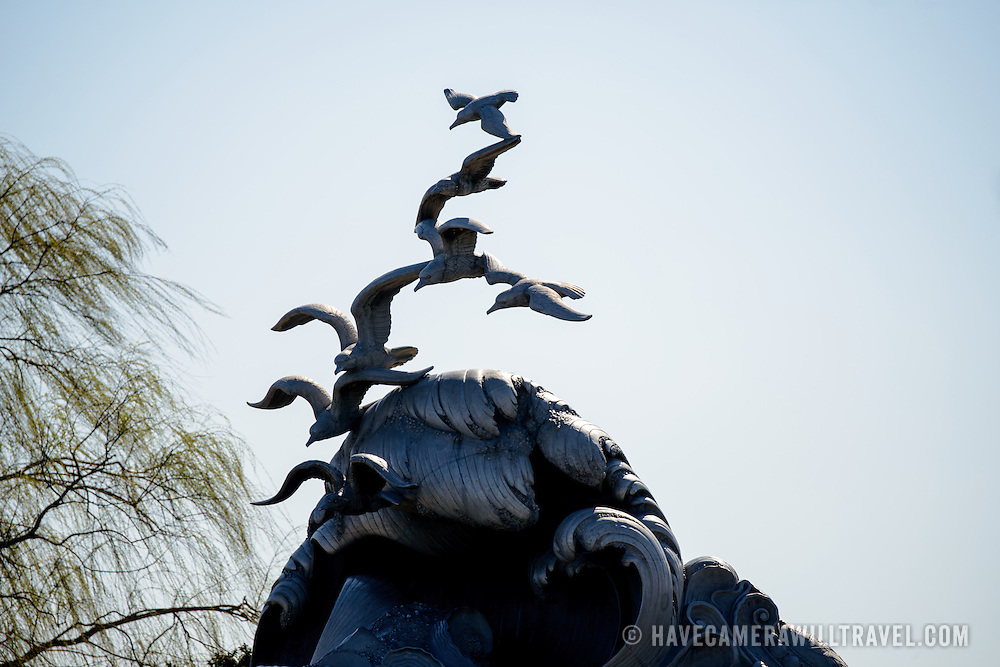