The underside of the painted rafters of the Three Storied Pagoda. Standing 25 meters tall, it was originally built in 1712. It is ornately decorated with brightly painted rafters, carved dragons, and sculptures of 16 RAKAN or Buddha's disciples how attained Nirvana. On the first floor's inner sanctum is GOCHI-NYORAI (Five Tathagas) who is believed to be endowed with the five wisdoms of Buddha. The Narita-san temple, also known as Shinsho-Ji (New Victory Temple), is Shingon Buddhist temple complex, was first established 940 in the Japanese city of Narita, east of Tokyo. 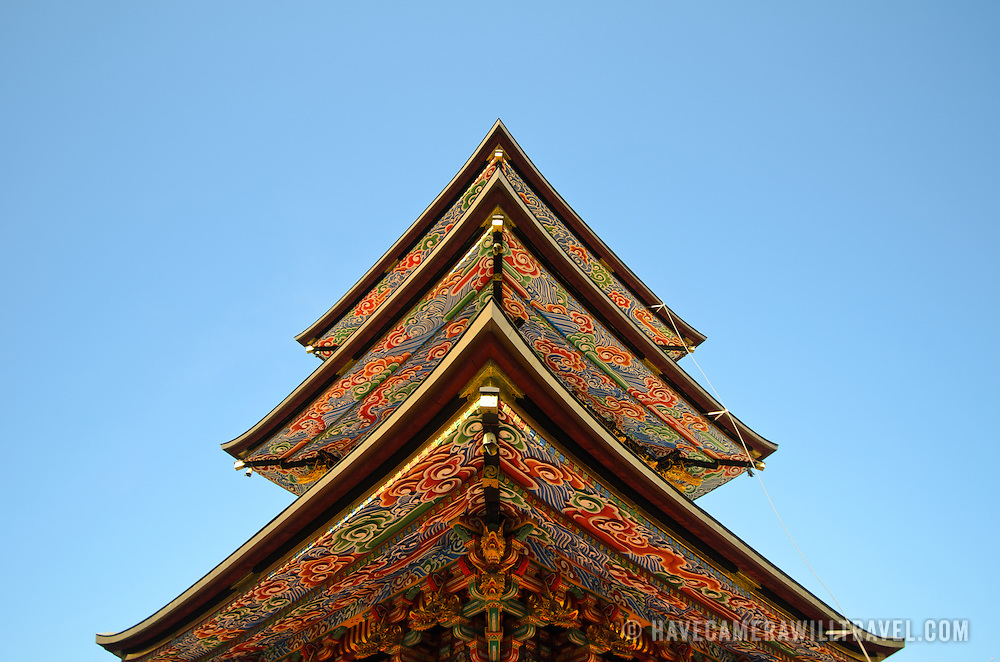