Massive calligraphy medallions in Aya Sofya with the names of Allah, the Prophet Muhammad, the first four caliphs Abu Bakr, Umar, Uthman and Ali, and the two grandchildren of Mohammed: Hassan and Hussain, by the calligrapher Kazasker İzzed Effendi (1801–1877). Originally built as a Christian cathedral, then converted to a Muslim mosque in the 15th century, and now a museum (since 1935), the Hagia Sophia is one of the oldest and grandest buildings in Istanbul. For a thousand years, it was the largest cathedral in the world and is regarded as the crowning achievemen of Byzantine architecture. 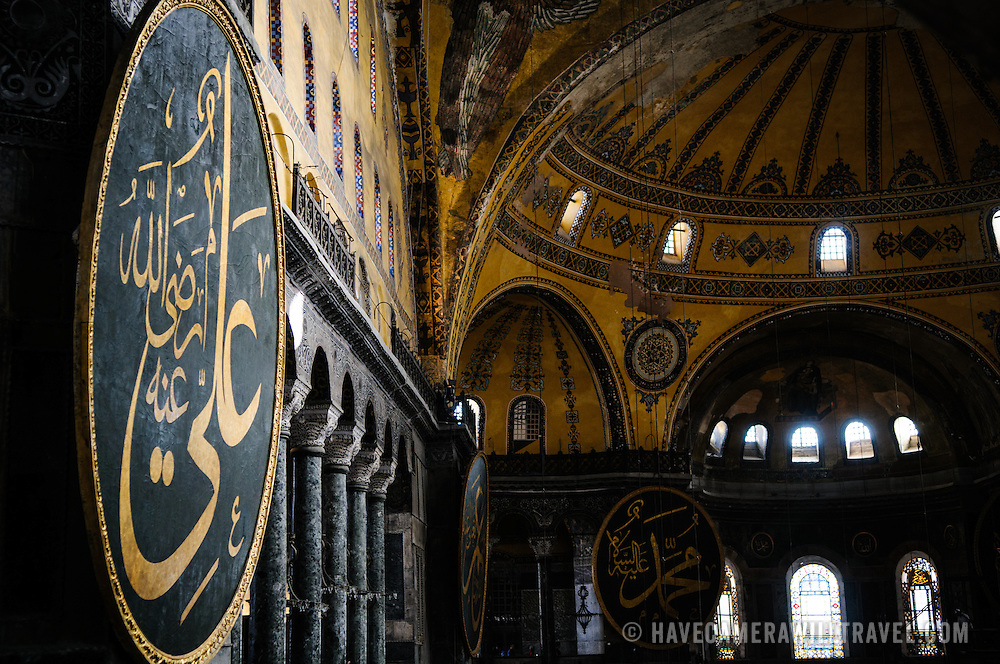